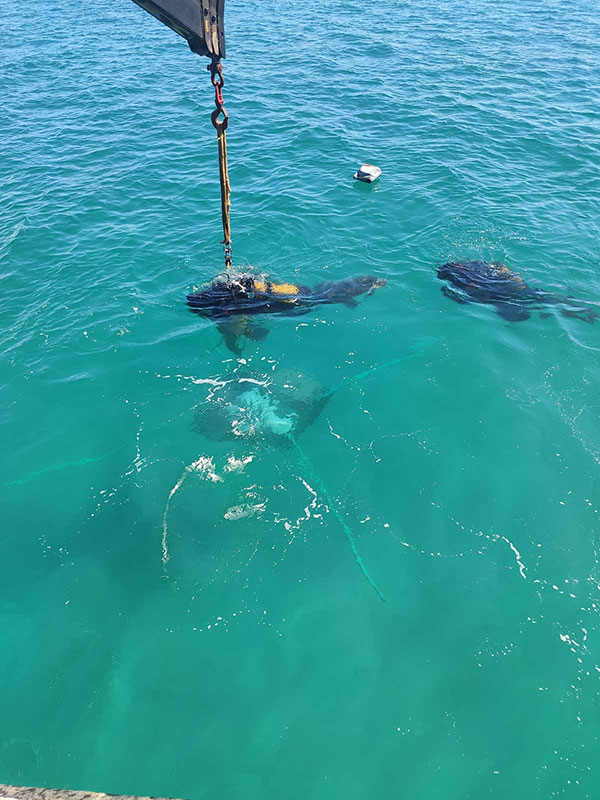 02 Mar BACK IN MAYOTTE

Posted at 21:24h in News by Mappem Geophysics

BRGM is conducting a project to study geothermal resources in Mayotte. In this context, MAPPEM Geophysics carried out electromagnetic measurements in July 2021 using the STATEM system.

The objective of the campaign is to specify the geothermal resources around Mayotte. Indeed, the study of their electromagnetic signature will enable them to be better located and quantified.

We thus deployed three STATEM stations. Divers positioned them successively on nine measurement sites located to the west of Petite Terre, in the lagoon. Each of these stations was able to record the electromagnetic fields for 48 hours before being deployed on a new measurement site. Deployment depths ranged from 5 m to 25 m below the water surface.

MAPPEM Geophysics was in charge of deploying the STATEM stations, while IMAGIR will process the recorded electromagnetic data.

The campaign in July 2021 follows the first measurements recorded with STATEM stations in 2019. Thus, the nine sites surveyed in 2021 in the west of Petite Terre are added to the two sites already surveyed in 2019.