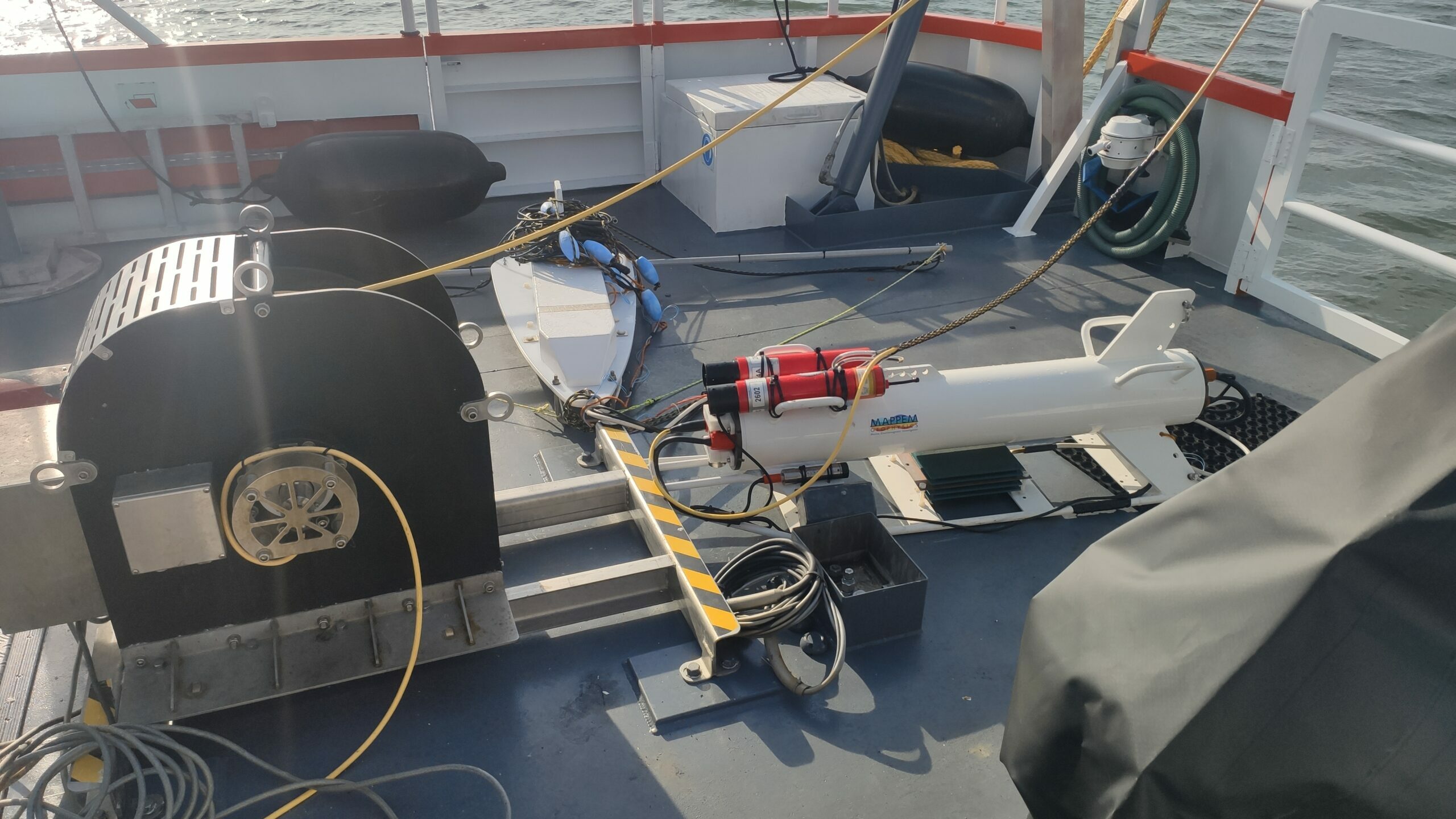 Posted at 12:20h in News by Mappem Geophysics

👉 MAPPEM Geophysics deployed its innovative and unique MAPPEM3D system offshore the Netherlands for a ferrous and non-ferrous UXO detection survey over an MRE cable routing area for a major project. Non-ferrous mines, like LMBs, were dropped in this area during WW2. The survey objectives entailed detecting non-ferrous UXOs down to 3 m below seafloor with 100% coverage. 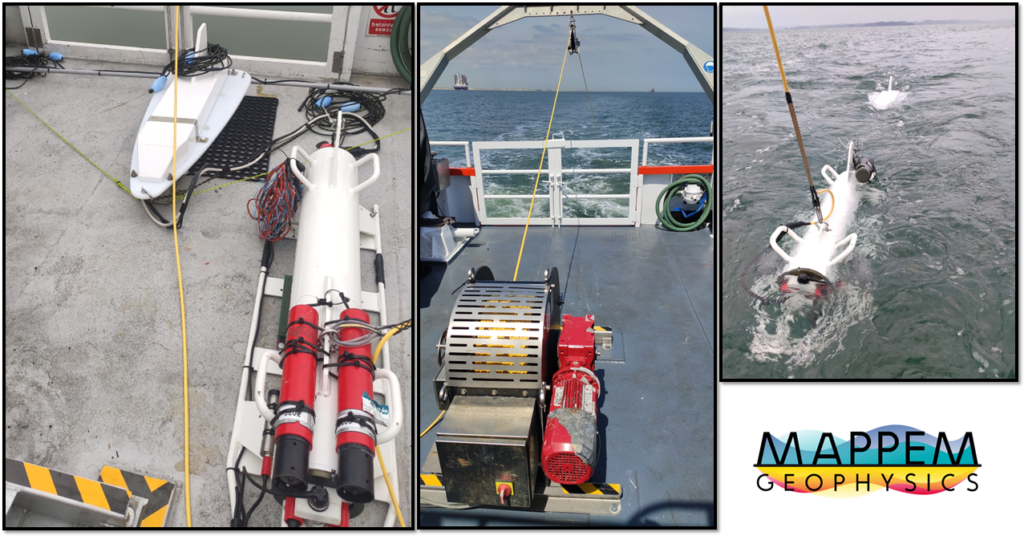 👉 The SIT (surrogate item trial) survey before the survey showed that the MAPPEM3D system exceeded the project requirement with a detection range of more than 6 m, allowing the best detection capabilities with a wide swath. 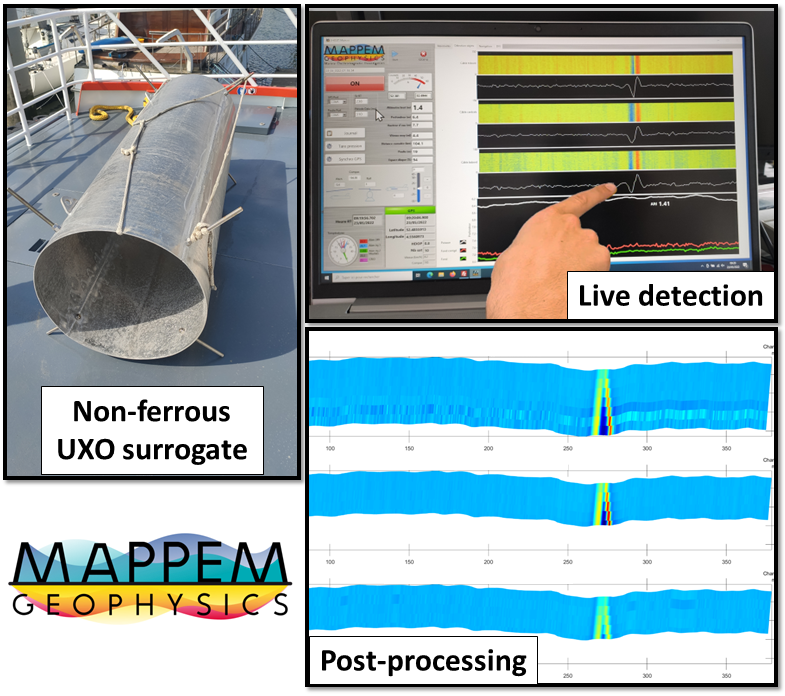 👉 This detection capability with leveraged during the subsequent survey realized by MAPPEM Geophysics. More than 110 km of survey lines over an area of more than 300000 m² were acquired in just 3 days. The survey resulted in a number of target being reported to the client (cables, wreck…) including a number of UXO suspicions. The survey will help the final client in getting the ALARP sign-off certificate (“as low as reasonably practicable”) for the area.

The 6 m swath of the system and it’s non-ferrous UXO detection capability makes it a ground-breaking MAPPEM technology for buried object detection. The wide swath of the new MAPPEM3D system greatly limited the number of in-fill lines needed at the end of the survey. The MAPPEM3D system allowed completing the survey efficiently, quickly and safely.

With real time onboard detection, and precise localization, the MAPPEM team proved a great efficiency and high-quality survey data.

💻 More information on the MAPPEM3D system can be found HERE.